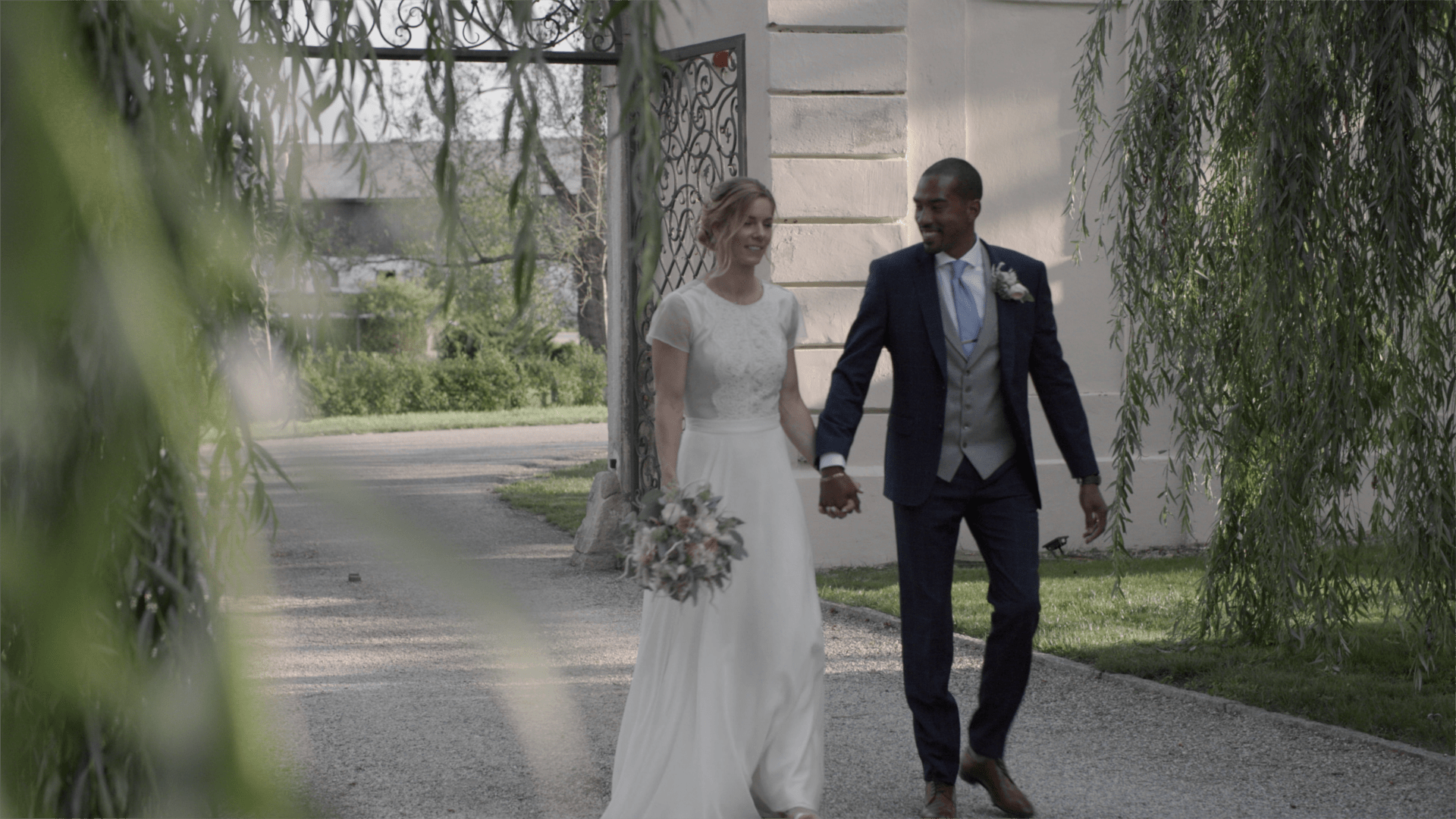 Christian Taylor is an American track and field athlete who competes in the triple jump. He has a personal best of a whopping 18.21 metres is the current World Champion. Beate Schrott is a 100 metre hurdler and has been competing successful in many competitions including the Olympics.

But this year, due to injury, they didn’t make it to the Olympic Games in Tokyo! Instead of feeling sad and complaining they did something brilliant  … They got married – TWICE! Yes you heard that right.

The first wedding, which I filmed, was held in Austria at Schloss Gurhof about an hour out of Vienna and the second celebration was in Christian’s home town of Jacksonville in the U.S.A a few weeks later.

What was so awesome about this wedding was that it was small and intimate with just 25 guests, something that has become quite common-place at the moment but makes the whole event much more about the couple than the celebration – there’s still enough guests though to have some fun and make an impact.

Their Story – How they met each other

Christian and Beate met in 2011 at their first Senior World Championships which were held in Daegu, South Korea. Their coaches were colleagues and introduced them to each other at the warm up track. Fast forward to 2015 and Beate moved to Holland in an effort to train with Christian’s coach and the two were able to properly get to know each other and eventually they took their relationship to the next level.

But not without a few ups and downs along the way, which included several months apart due to the Covid Pandamic.

“When I asked them about what makes them tick, they told me, “We are dreamers. We love building or renovating homes. Sometimes these homes are our own and other times there are investment projects. We also love traveling. We have done a fair share already, thanks to the sport but the world is so big and there is still so much we wish to see and do, together. Lastly, we enjoy working together. Nothing is more satisfying than accomplishing a goal as a team.”

This quote formed the core of the couples’ story and of course their wedding film trailer.

The Proposal – Thinking outside the box

Christian wanted to make this day as memorable as possible so he says he had to think outside the box. Eventually, he decided to go against the norm and choose a day where things were very bad between the two of them. He thought if Beate could know that even when things are rough, he still loved her and wanted to share his life with her, then she would know how much he loved her.

One random day in April, Beate set off for a training session, to later get injured in the session. Unfortunately, Christian was not with her and had stayed home to get rest after a late nights’ working session.  She eventually mustered the strength to make it home where she displayed a storm of emotion.

After all this was released, Christian invited her to lunch and then to a walk on the beach. He had an engagement bag prepared, exactly for this moment. When she went into the water to soothe her injured calf, he set up the speaker, put on the specific playlist, and revealed the blue french horn he made months prior. She quickly put the pieces together … said yes! and they were later engaged.

The Wedding Day – Making it happen

Christian and Beate say they chose Schloss Gurhof because they loved the glass terrace in the back. They are outdoor lovers and thought, even if it rained, they could still be outside. Also, the property is very pretty and very close to Beate’s family.

At the front of the venue, there are two magnificent Willow Trees, and the backdrop of the castle makes the perfect spot for a romantic First Look.

When I asked them “why did you choose me to capture your story?”, they said it was because they were captivated by my storytelling and believed I would be the best person to capture a wedding that almost seemed impossible to happen.  We had such fun and made a great team.

Filming their wedding, capturing their story was an absolute joy for me. Christian and Beate were such a wonderful and laid-back couple to work with and we shared the same storytelling vision.

Here’s their trailer … ‘One life, One Purpose, One Destiny’

I was so thrilled to receive these kind words from the couple once they’d watched their films,

“Wow Emma! Tears are rolling down my face!
I LOVE it!!! It’s so beautiful! You couldn’t have captured our day any better. Thank you from the bottom of my heart!   Our wedding day was really a dream for me, but you give me and us the chance to relive it over and over again. That is the best gift you could possibly give us! You are amazing!”

“This is more beautiful than I ever imagined it could be. You captured the day perfectly! I will watch this over and over again for the rest of my life. I have the same butterflies I did on that special day. You are the best, Emma!!”

Finally, to take an excerpt from Christian and Beate’s vision for their wedding film

“It’s not just about the wedding day. It’s about the two individuals becoming one and the journey it took to reach that point.”

Did the story of Christian and Beate inspire you? Would you like me to tell your story with a beautiful and cinematic film?

Having your story told in this way is by far the best way for you to relive your wedding for years to come, taking you back at the moment each and every time to watch it.

If you share this vision, then let’s have a chat. 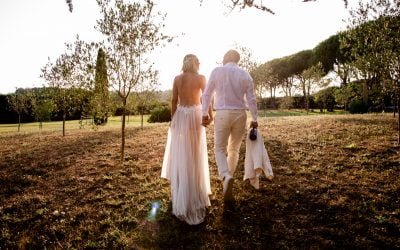 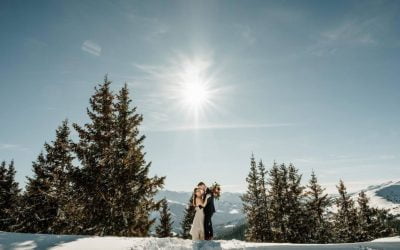 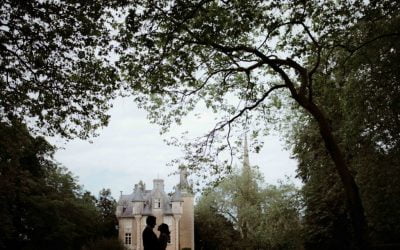