Real weddings – a look back through film 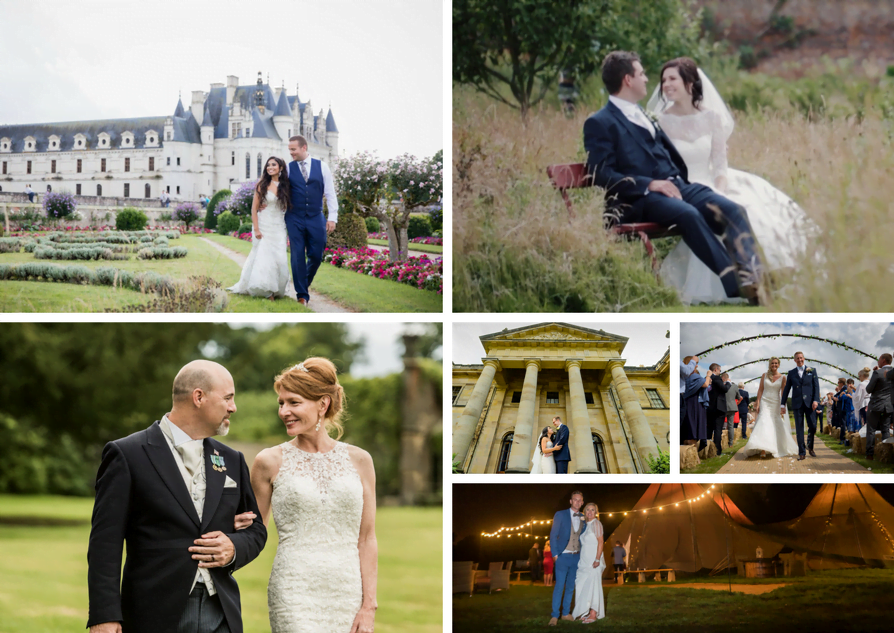 The 2018 wedding season will be upon us soon. I’ve spent the last six months in the studio editing or ‘wediting’ as it’s known in the industry and so it will be lovely to ‘get out’ again.

I’m a storyteller, so don’t get me wrong, one of my favourite parts of the job is actually taking all the footage from every wedding and telling the individual story from each couple.

But I’ve been so busy editing that I haven’t had a lot of time to share where I’ve been, the weddings I’ve filmed and the stories I’ve captured.

So, I’ve decided that from now until the middle of May I’m going to do just that, so you too can enjoy all the amazing times I had last year.

I’ve filmed some fantastic weddings in the UK at venues, such as Swinton Estate and Goldsborough Hall – where I am the recommended videographer, as well as covered some beautiful ‘home’ weddings.

One of the moments I love to capture most is when the groom sets eyes on his bride as she walks down the aisle. Last year this was encapsulated at Richard and Angela’s wedding at Allerton Castle …

From castles in the UK to Chateaux in France, the stories have all been romantic and wonderful. Alice and Quentin’s wedding at Dijon Cathedral and Château de Thenissey began with a ‘First Look’ …

Also in France I had the pleasure of covering a ‘celebrity wedding’ in Paris for Vicki Belo and Hayden Kho … In all honesty this weekend was more of an event than a wedding, but their love story was beyond beautiful.

The day after their wedding I shared on Instagram their First Dance, filmed on a whopping six cameras, as they took centre stage at Le Palais Garnier.

Closer to home, a wedding I can’t wait to feature in my ‘real weddings’ series will be that of Shahad and Abdullah… this gorgeous couple travelled all the way from UAE to be married in Montreux … this time I didn’t have to travel that far with it being the closest wedding of 2017 to my studio in Switzerland.

After filming on Lake Geneva, I travelled to Strasbourg to Elizabeth and Guillaume’s wedding, which was a real multilingual treat and one I can’t wait to share with you in the coming weeks.

Another wedding I’m sure to feature will be the story of Sally and Geoff. Now I had to travel all the way around the world for their wedding in Melbourne, Australia.

And I couldn’t possibly not share in the series my final wedding of 2017 at Goldsborough Hall. A special memory from Sam and Tom’s wedding was the groom’s handwritten, beautiful reading for the church.

I can’t possibly feature all my weddings in the series, so visit the others here.