Story of Your Day is a luxury destination wedding film company based in Switzerland for discerning couples, like you, who are looking for a truly unique way to relive your most treasured moments with an exceptional film.  You want more than just your wedding day filmed; you want your story told.  As Creative Director of Story Of Your Day, Emma Wilson is one of Europe’s leading female wedding videographers and an outstanding storyteller and wedding filmmaker.

“Filming destination wedding films and telling stories is my passion. For me, it’s about more than just filming your wedding.  My intention is not only to film your wedding but to capture the essence of you, as a couple.

I will do this in a way that goes beyond filming beautiful and cinematic images, but instead capture the heart and soul of your love story.”

“We are, as a species addicted to story. Even when the body goes to sleep, the mind stays up all night, telling itself stories.” 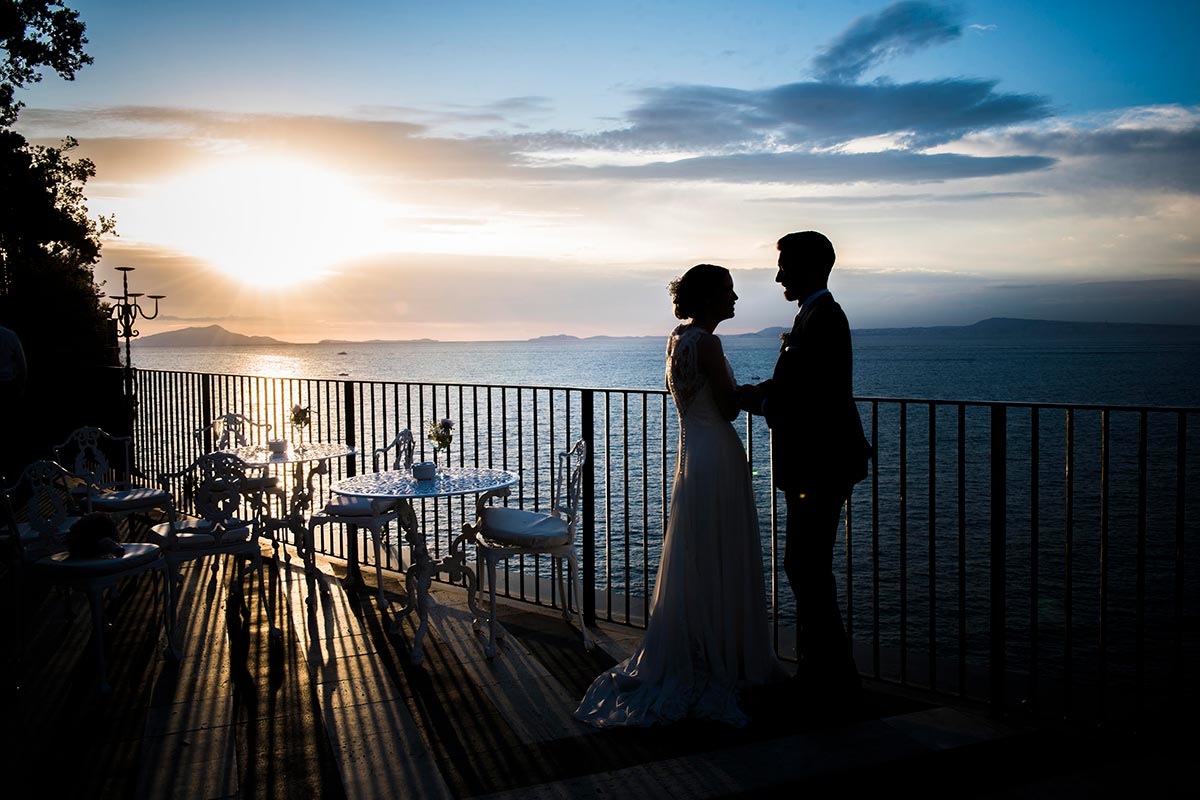 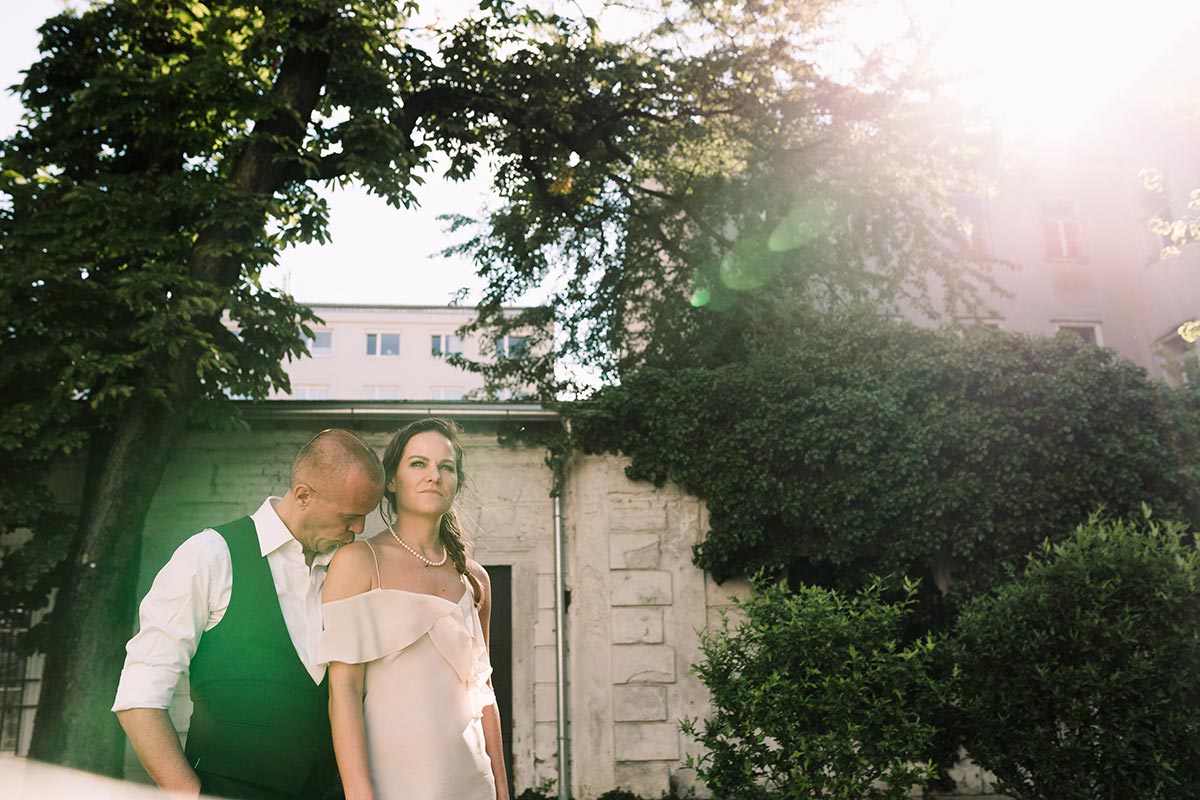 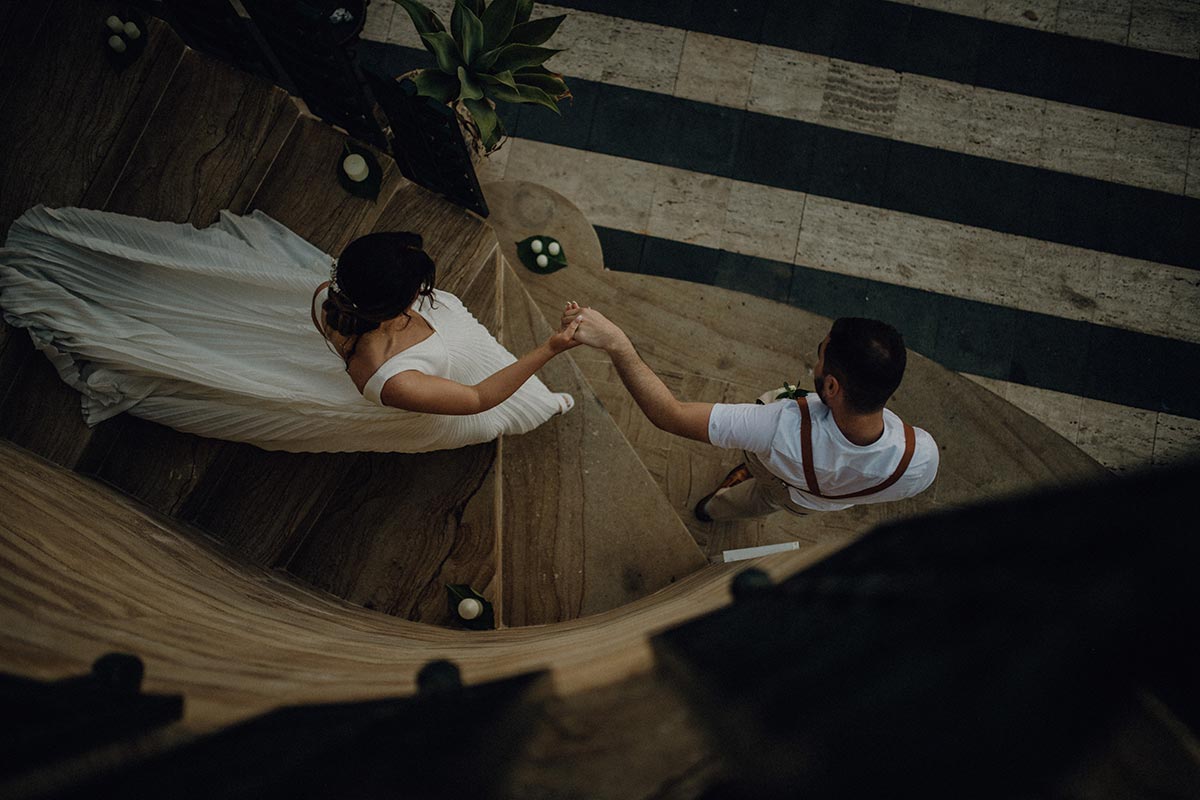 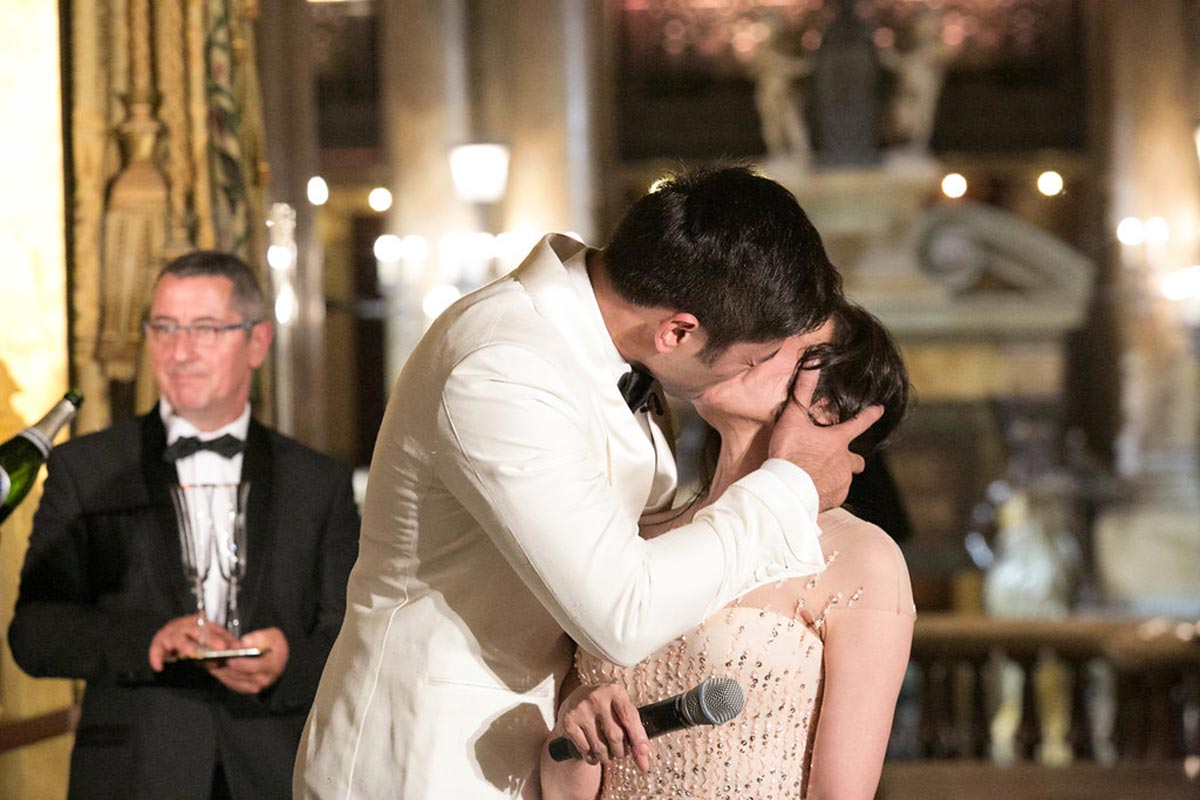 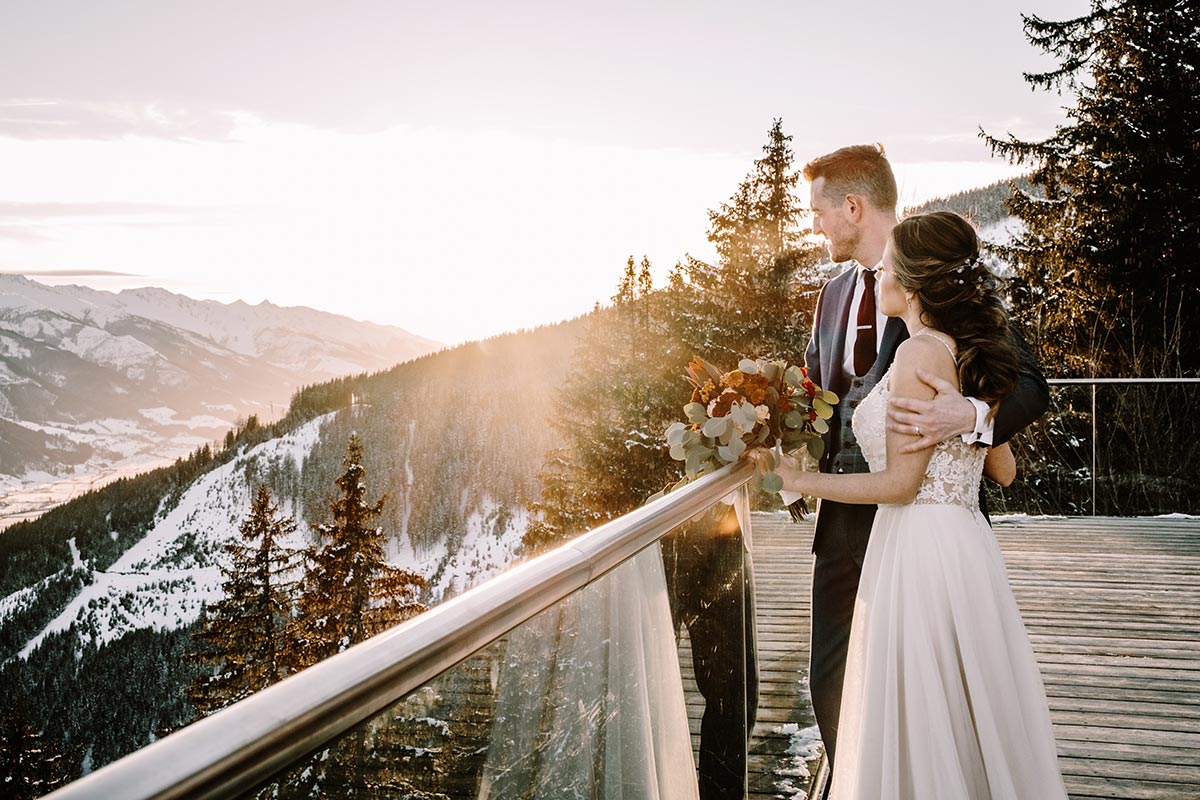 “LET’S FIND SOME BEAUTIFUL PLACE TO GET LOST”

Throughout the whole process we’ll work together on your vision and combine that with my years of experience in the industry.

I pride myself on my philosophy of ‘integrity without compromise’ and work hard to achieve the highest level of excellence throughout the whole experience.

‘WE LOVE WHAT WE LOVE’

Romance and celebrations on the island of Ios, Greece

‘Fool who loves you’

A sophisticated black tie affair at The Willows in Melbourne

Emma Wilson, Creative Director and founder of Story Of Your Day is based in the mountain resort of Wengen in the Jungfrau Region of Switzerland. Being in the heart of Europe is the perfect location for a wedding videography studio and filming not only beautiful destination weddings in Italy, France, Austria and the UK but also intimate elopements and proposals throughout the World.

‘Working with Emma was an absolute pleasure and flying her half way around the world to film our wedding celebrations was a no brainer.  We wanted more than just a wedding videographer but someone who could capture our love story, someone who showed empathy and who cared.  Emma is a passionate filmmaker and a perfectionist and our wedding films were amazing.’

‘We just watched our wedding film trailer … Yay, it’s so wonderful, it captures the spirit of our wedding and our love story.  We are watching it on repeat. As for Emma’s professionalism – we wonder how she managed to capture everything when we hardly noticed she was there – she was so discreet, which was perfect.’

‘Choosing Emma from Story Of Your Day to film our wedding was without a doubt the best decision we could have made. Her storytelling and filmmaking background from the BBC was obvious in her professional but personable approach to all phases including editing.  She surpassed our expectations and we were so impressed with the quality of work and our wedding video. We can’t thank her enough.’

‘Jarrad and I are so thrilled with our wedding film! Emma did such a fantastic job turning our dream day and love story into a treasured memory to relive in a film forever. I think I must have watched our wedding video at least fifty times already.’

‘Emma is an awesome wedding videographer and crafted the story of our day in a way that no one else could. She is one of the most dedicated, thoughtful, and creative people we have had the pleasure to work with, and we are so pleased with the way our story came together in the most beautiful film.’

As Creative Director of Story Of Your Day, I want to redefine wedding films, change how they’re perceived and in doing so, offer something unique and exceptional to all my clients.

I don’t make wedding films. I tell stories about people, places and love — and they just so happen to be getting married …

Working as a journalist and filmmaker at the BBC for over twenty years has taught me a really powerful lesson – no two stories are the same.  I draw on that knowledge and experience to ensure that each and every one of my clients has a wedding film unlike any other.

There’s something quite amazing about experiencing and feeling a story and then retelling it in a unique film that brings the story back to life.  As my clients, you also share the same ethos and passion. 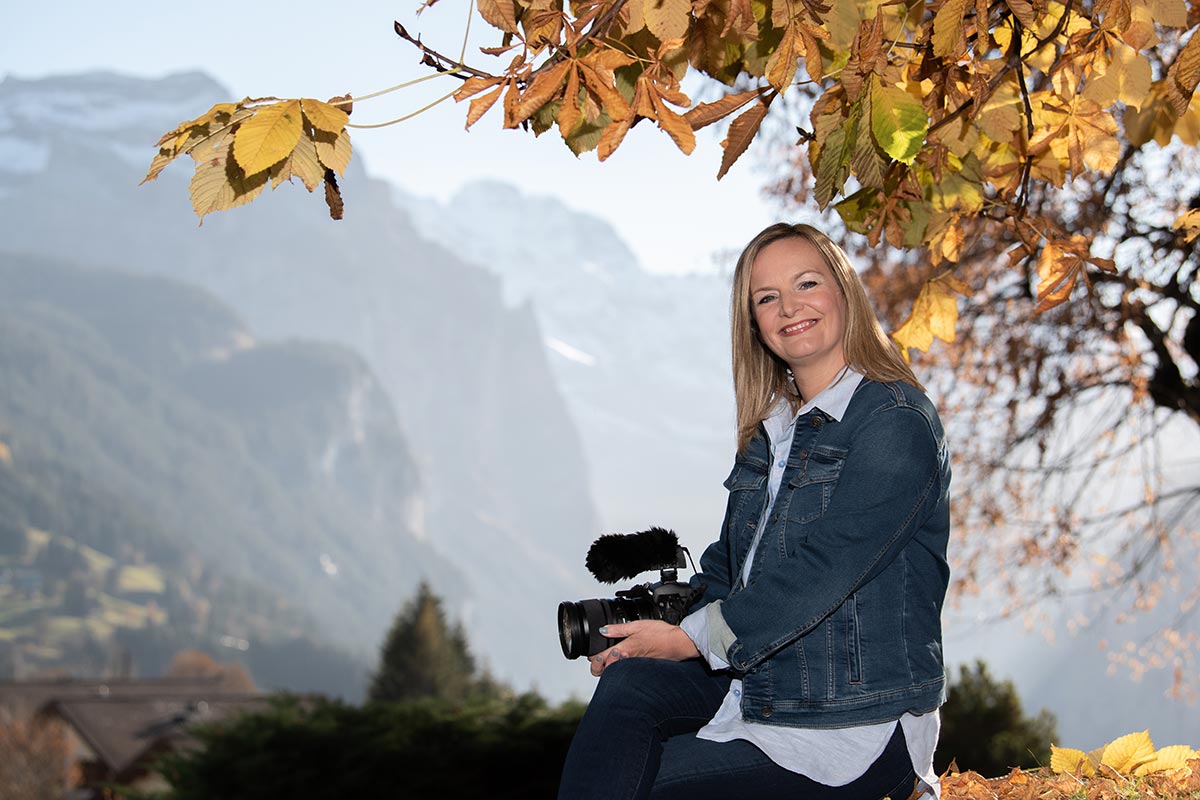 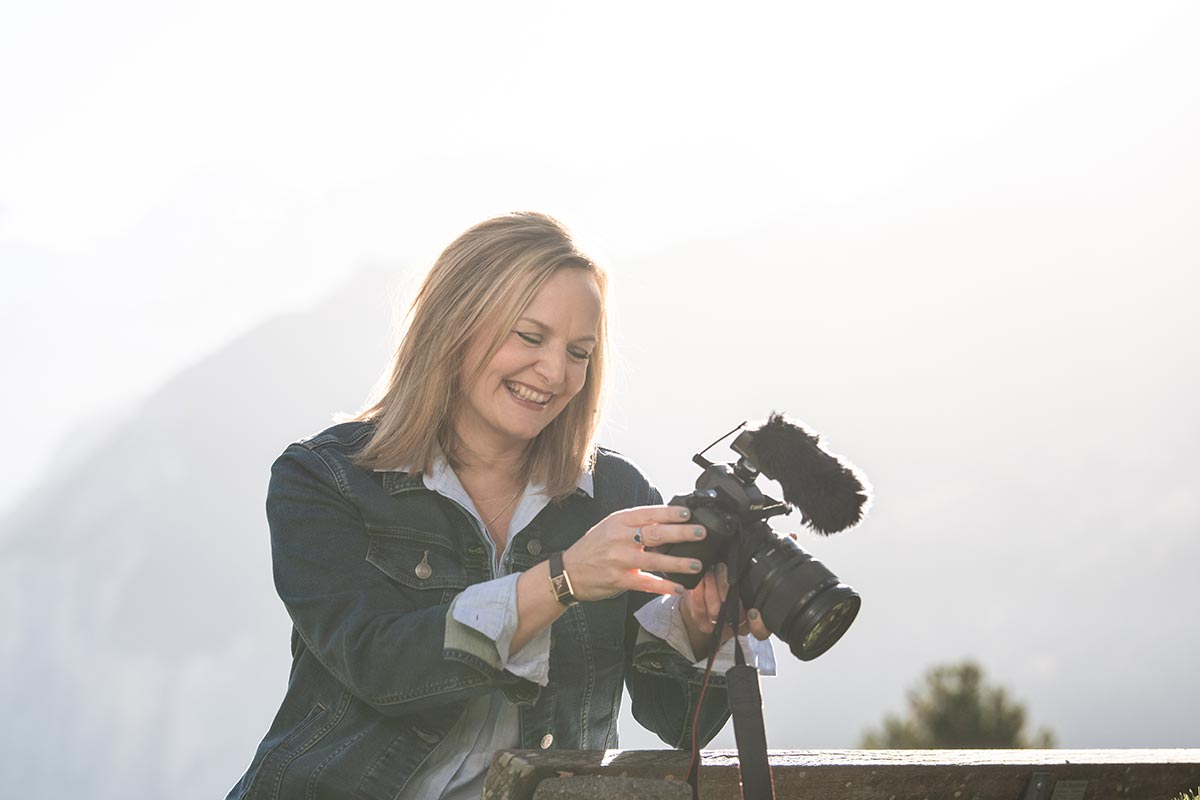 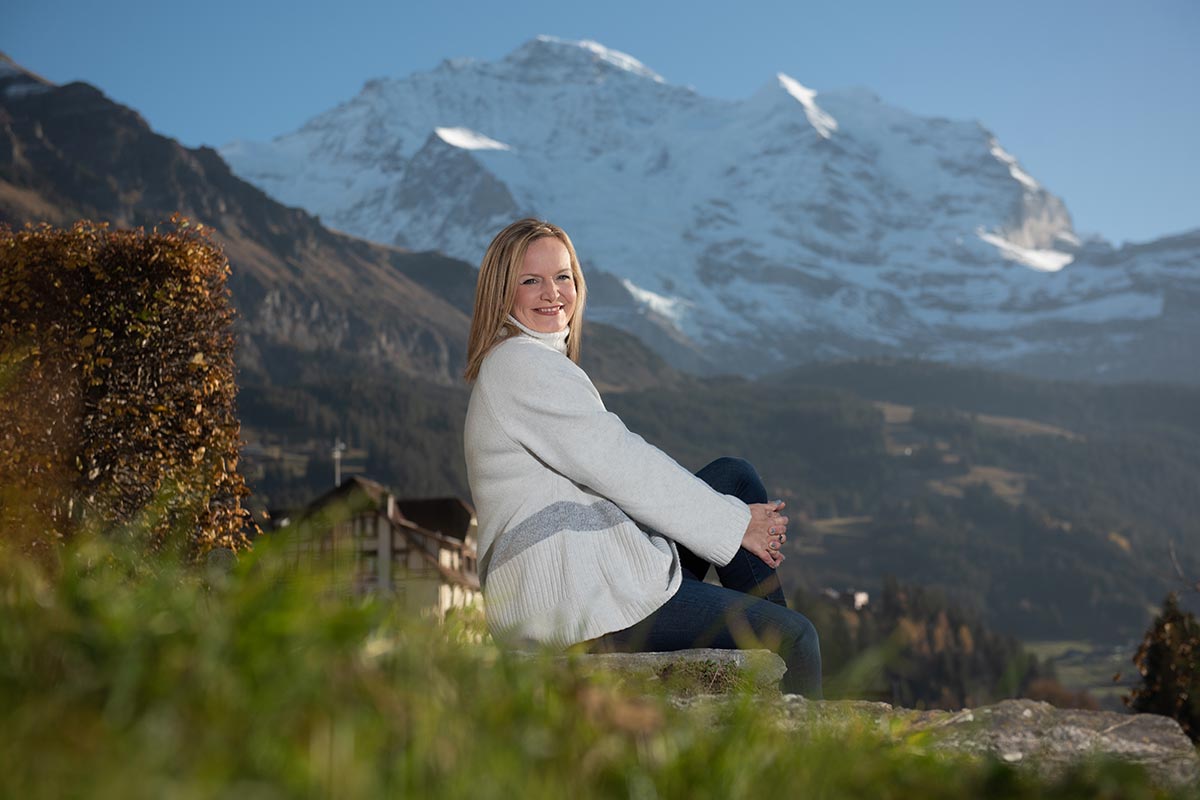 “Everything I do is inspired by you.  We’ll work closely together to tell your unique and extraordinary story.” 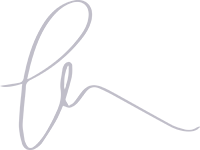 “THERE’S ALWAYS ROOM FOR A STORY THAT CAN TRANSPORT PEOPLE TO ANOTHER PLACE”
J.K. ROWLING, NOVELIST,  FILM PRODUCER

…and that’s what I want for you as my client.  To watch back your wedding film and to feel you’re in the moment all over again, to relive it and all the emotions it evokes within you.

I will discreetly capture moments of the day as they unfold naturally and bring them back to life in an authentic, timeless and cinematic-styled film.  I usually arrive on location a day ahead of the wedding itself so I can gather footage of the surrounding area, venue and of course get to know you and your story, with a pre-wedding shoot.

With Story Of Your Day, you’re investing in an unforgettable experience and an exceptional way of remembering it. 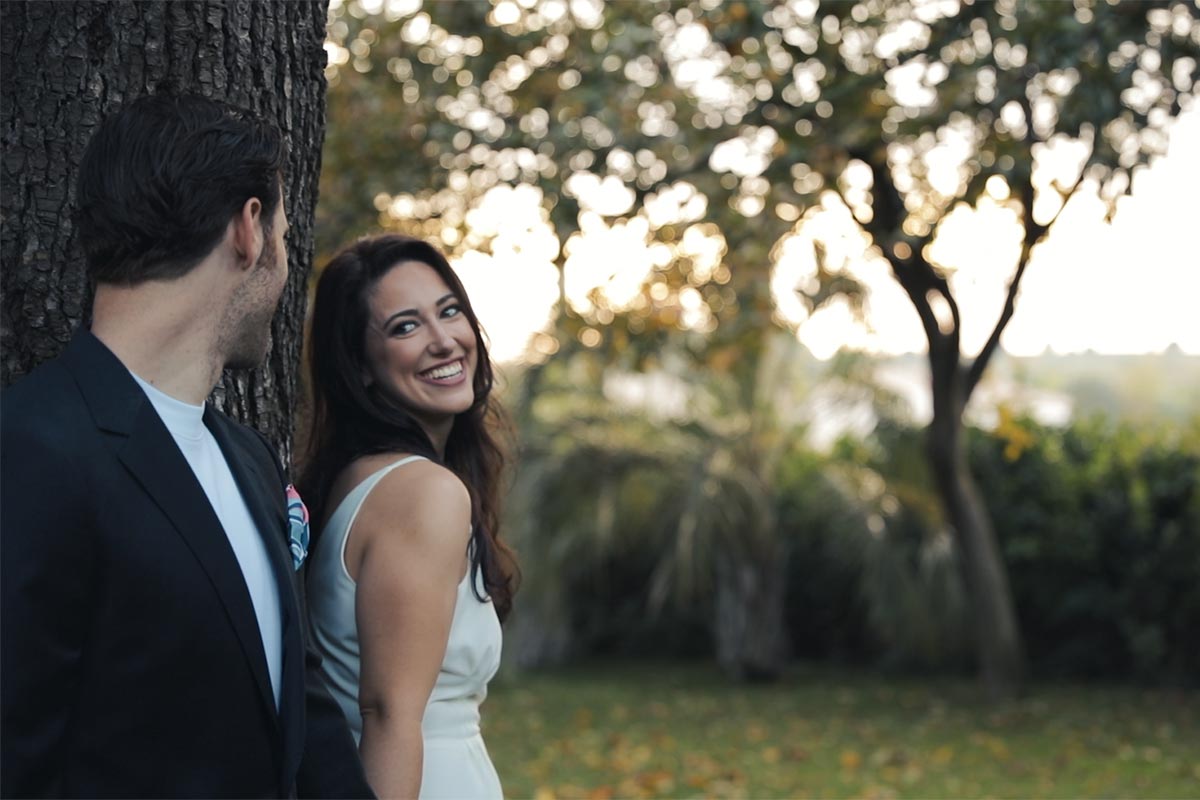 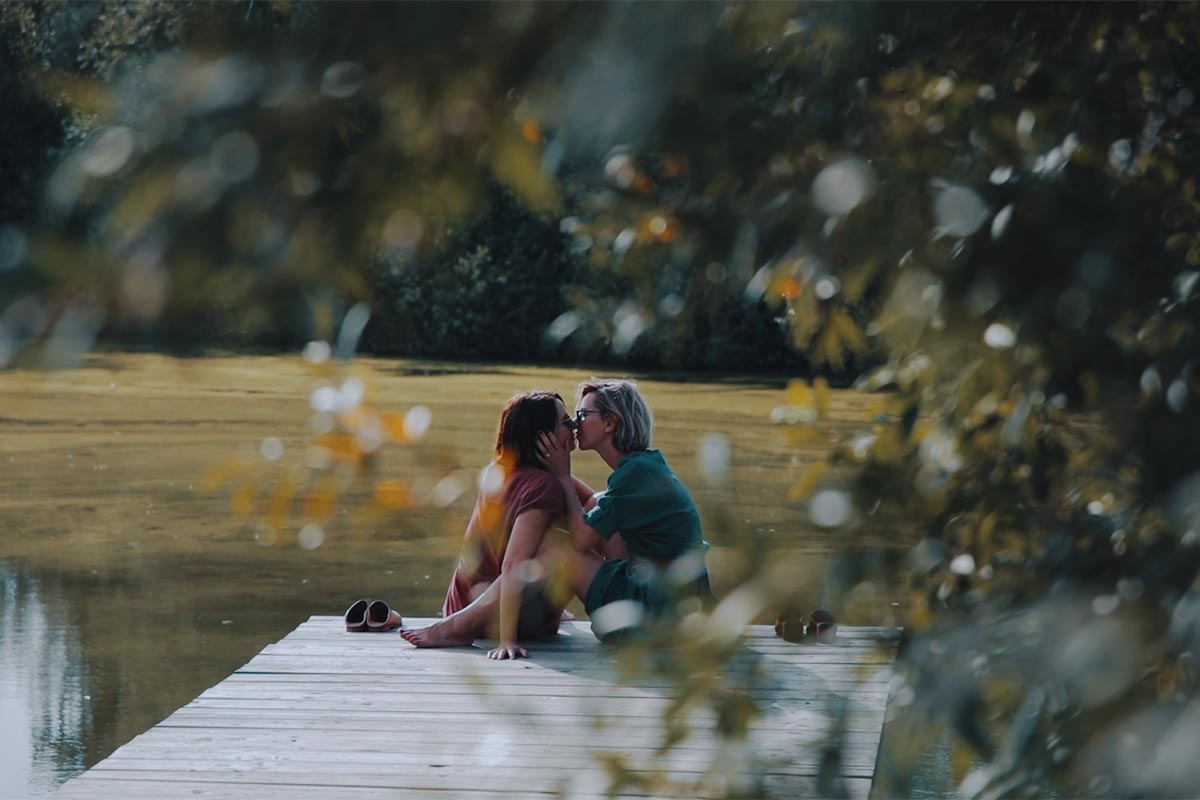 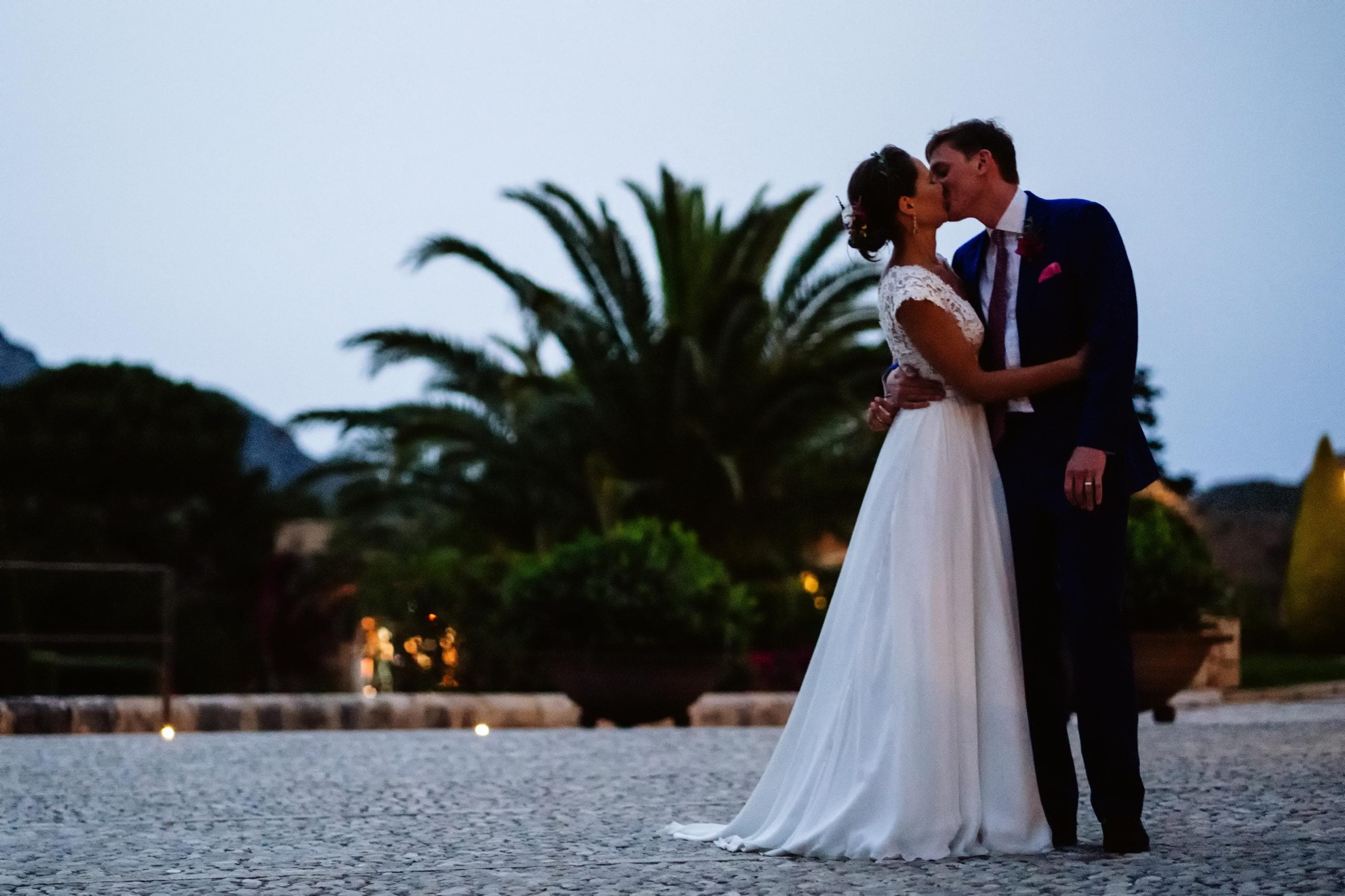 With our studios in Wengen in Switzerland, I’m in a prime location for filming destination weddings. I work closely with amazing high-end and exclusive wedding planners spanning Europe and beyond, all around the world.

One of the advantages of commissioning me as your destination wedding videographer is that I do not charge a premium for the extra days involved in filming a wedding abroad.  Instead, I use this time getting to know you, filming the surroundings of your chosen venue and, should you choose, a pre-wedding shoot with you.

As a luxury wedding videographer I have filmed elopements, weddings and events for celebrities, royals, fellow filmmakers and other couples in love, like you, and I approach each and every one with the same passion and zeal.  Throughout the whole process, we’ll work together on your vision and combine that with my years of experience in the wedding industry.

I understand that time is of the essence so I’ve composed this short film and invite you to take just a few minutes to immerse yourself, get a sense of what I do, my philosophy and how we can work together on your vision for a wonderful wedding film.

The best stories always end up being about the people rather than the event and that a single story can change ‘everything’ and with that in mind I use my craft and expertise to bring your story to life. 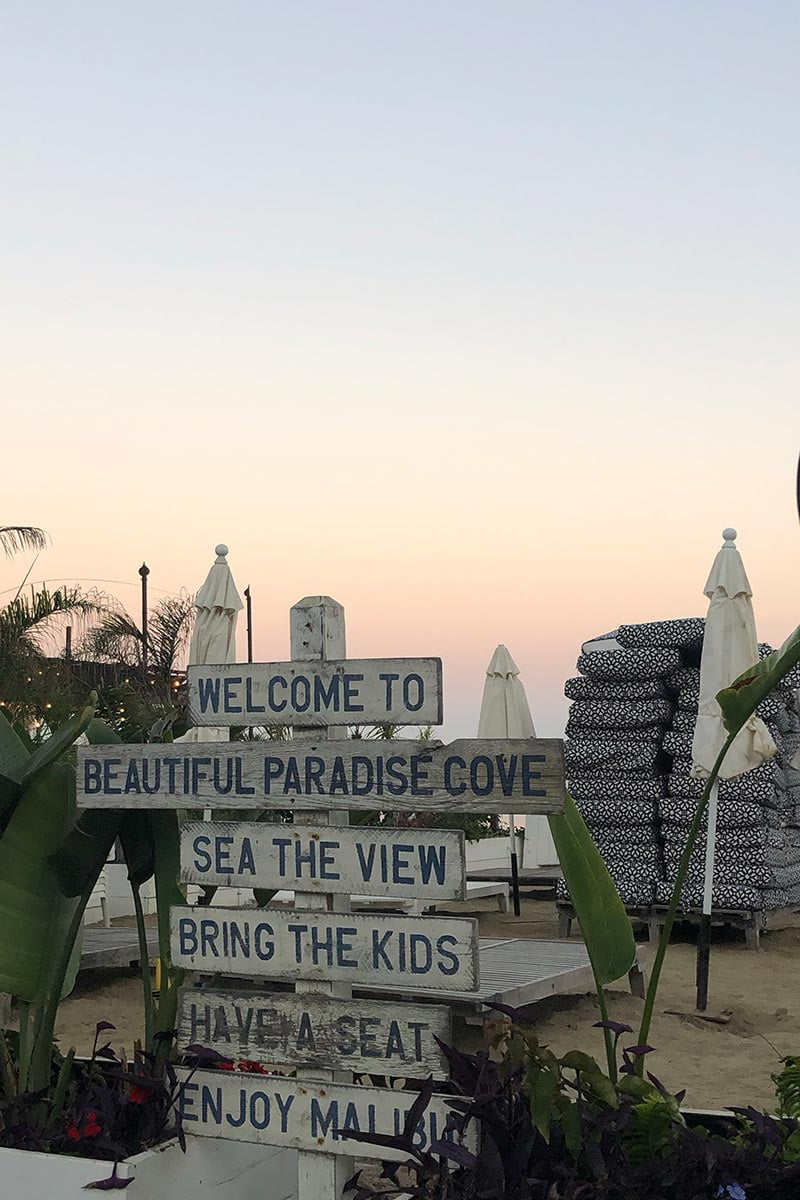 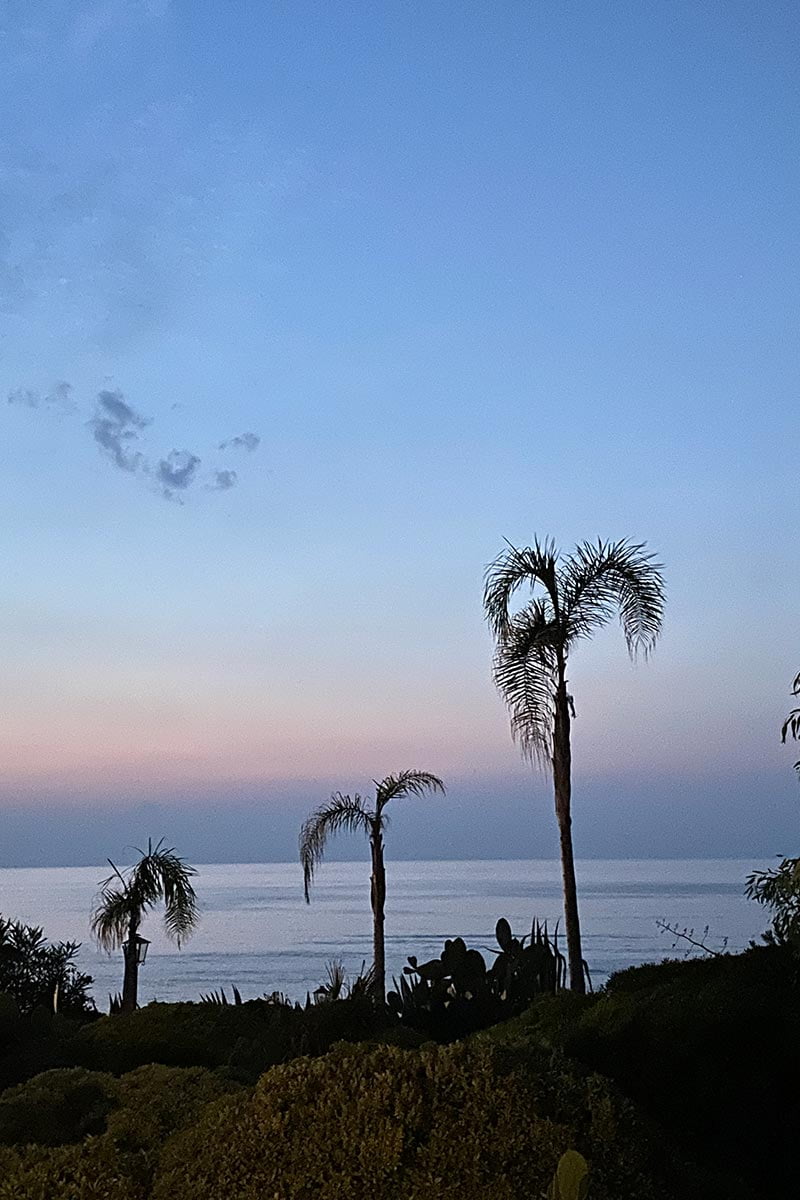 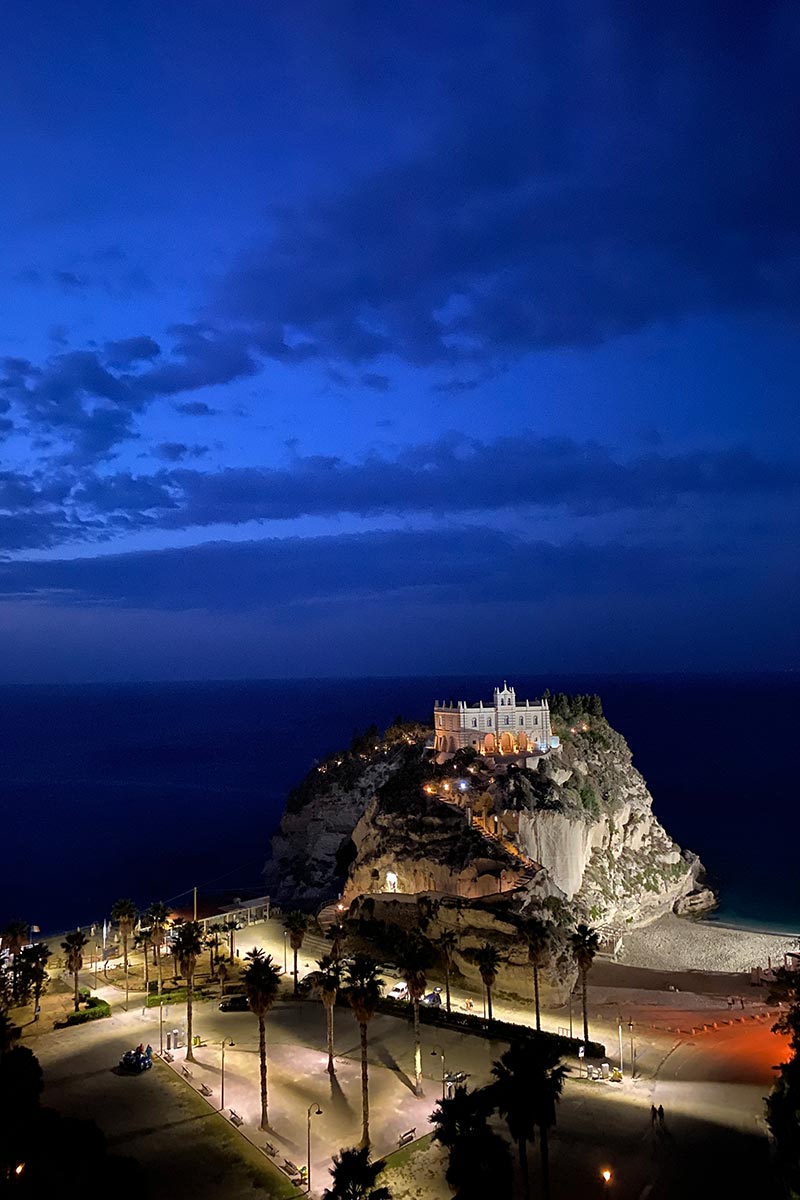 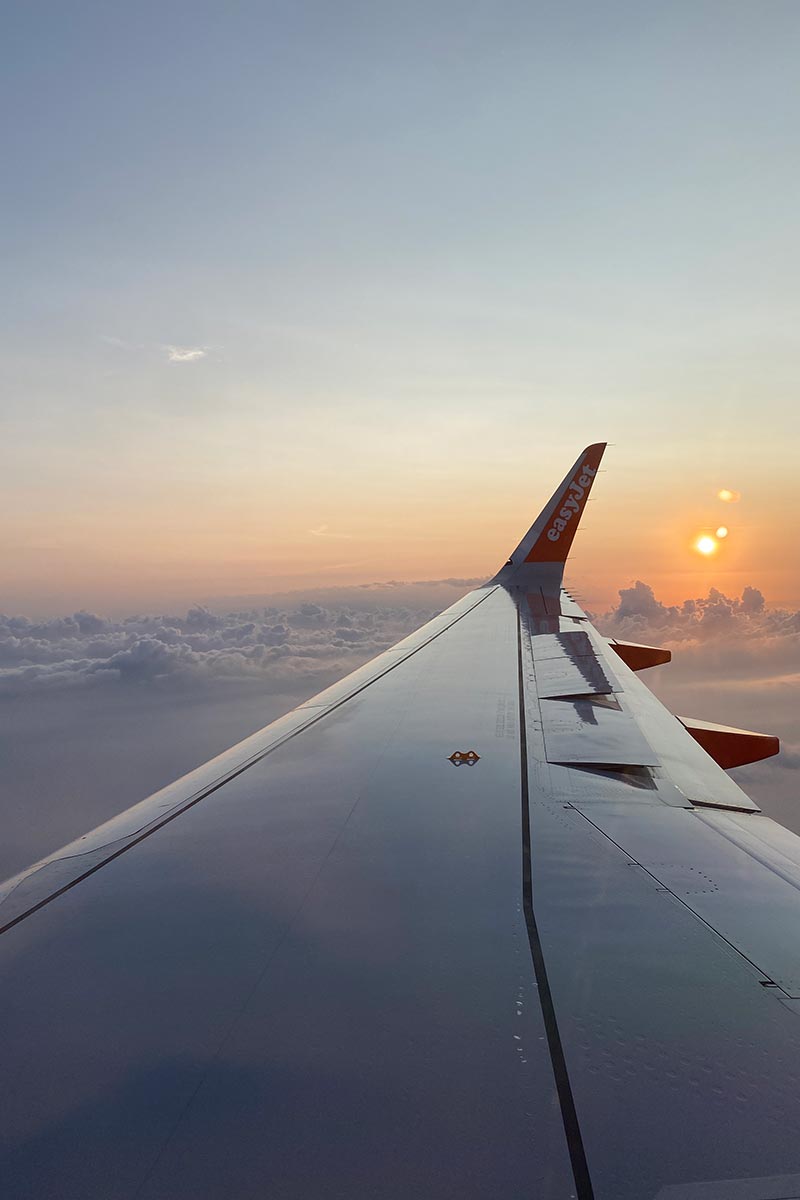 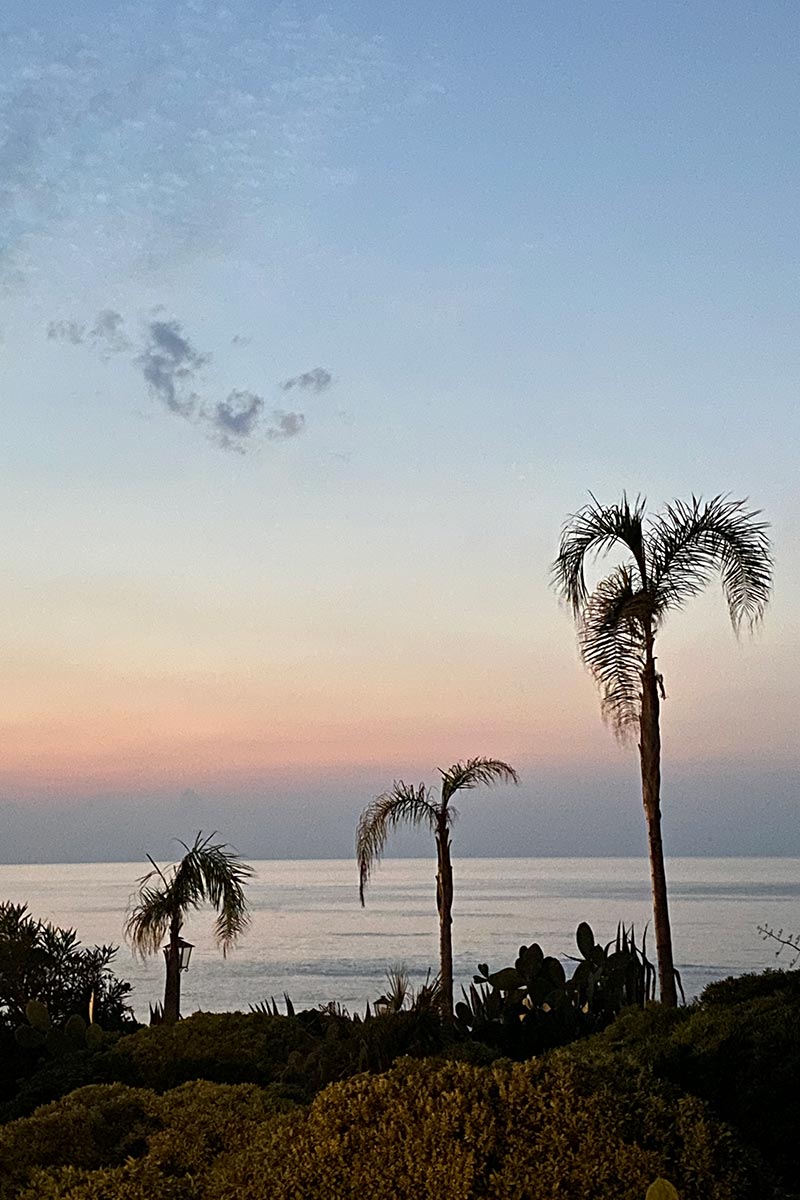 ‘The World Is Your Oyster’ – these days when it comes to finding the perfect wedding destination it really is.  I am a destination wedding videographer who specialises in these types of weddings so while I love the glamorous element of the job, I also understand the demands involved which benefits you, as my client.

As a luxury wedding videographer I’ve filmed weddings and events throughout the globe … In fact I’ve travelled halfway around the world so I could film a beautiful wedding at The Willows in Melbourne, Australia.

One of my favourite destinations was Malibu in California. I’d filmed the awesome story of Jane and Chuck from their wedding in the South of France and was then commissioned to capture their anniversary weekend the following year.  Not only did this involve a fabulous party at Calamigos Ranch but also a family BBQ at Paradise Cove.

Perhaps one of the most spectacular weddings was that of Belle and Ed – a three-day party on the private island of La Fortaleza, aka the location of the TV series “The Night Manager”. Celebrations included A White Party, the most epic wedding day with an outdoor ceremony and dancing into the night, and then a chilled out Pool Party to finish everything off.

These are just three of many weddings I have filmed at, not to mention those across much of Europe including France, Italy, Switzerland and the Greek Islands.

Due to the exclusivity of many of the weddings I have filmed, including Royal Weddings parties in the United Arab Emirates, as well as celebrity weddings, I am unable to share all of them on my website.

10 reasons NOT to have a wedding videographer

Wonderful whimsical wedding on the Greek Island of Ios

Flying Into the Dreams of an Exclusive Melbourne Wedding

Please take advantage of my experience as a destination wedding videographer and for my passion for filming love stories all over the world.  I’d love to chat to you about your vision for your day and see if we can create the perfect wedding videography collaboration.

So please contact me now for more details on how we can work together on your story.