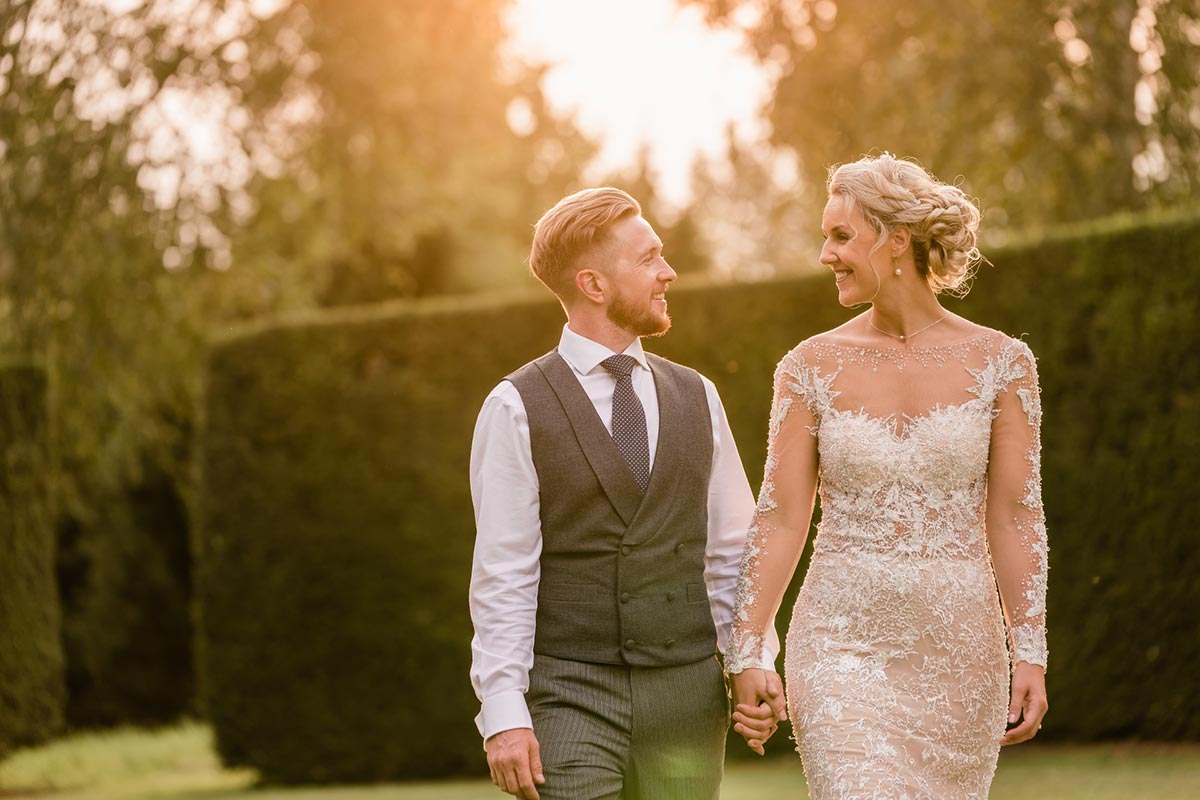 Folding 1,000 miniature paper cranes is a true labour of love, demonstrating patience and commitment. Traditional Japanese culture promises that anyone who takes the time to fold a thousand origami cranes will be granted a wish by the gods.

We can’t think of a better way to symbolise the marriage of Victoria and Richard – a couple totally devoted and dedicated to each other.

Their marriage took place at The Orangery at Settrington – an elegant and picturesque wedding venue set in the heart of North Yorkshire – 16 years after they first got together.

Victoria and Richard first met in the sixth form and started dating back in 2003, after a fancy-dress party where Richard celebrated the Jackson 5 and Victoria paid tribute to Minnie Mouse.

They briefly went their separate ways during university but got back together just a couple of years later. In 2011, they bought their first home and moved in together, saving money over the years to complete their home extension and renovations. As they describe it – “it was hard work and a long slog”.

So, it became years later – on an amazing holiday to Japan in 2018 – filled with sumo, geisha dancing, temples, skiing and more – before Richard eventually proposed.

His proposal took place on Mount Yoshino – Japan’s most famous cherry blossom viewing spot – with around 30,000 cherry trees covering the mountain. Walking from the summit, they crossed a little bridge to find the most stunning view of thousands of beautiful cherry blossoms in bloom (known as sakura) – the perfect spot for Richard to get down on one knee….

Inspired by their trip, the couple learnt how cranes are believed to mate for life and are a symbol of long life, happiness and good luck, while Senbazuru is a group of 1,000 origami paper cranes held together by strings. The dedication to creating this stunning art backdrop for their wedding epitomised the couple’s commitment to each other (although Richard admits Victoria did most of the folding!).

The Orangery at Settrington is a standout wedding venue and one the couple chose for its “wonderful open and beautiful spaces, the gardens and the lovely light nature of the venue. Plus its stunning floor, big beautiful windows and vaulted ceiling”. Settrington is also only a few miles from Victoria’s ancestral home the village of Slingsby in North Yorkshire.

Another star of the show at the wedding was the couple’s little dog Merlin – their “cheeky and slightly weird” English Springer Spaniel  who has been part of their family since June 2013.

He was a delight!

The couple chose Story Of Your Day to capture their special day because they wanted a “personal, professional and beautiful film” that represented them as a couple. It was our pleasure to join this couple – and work with other wonderful wedding suppliers – on the latest stage of their journey together.