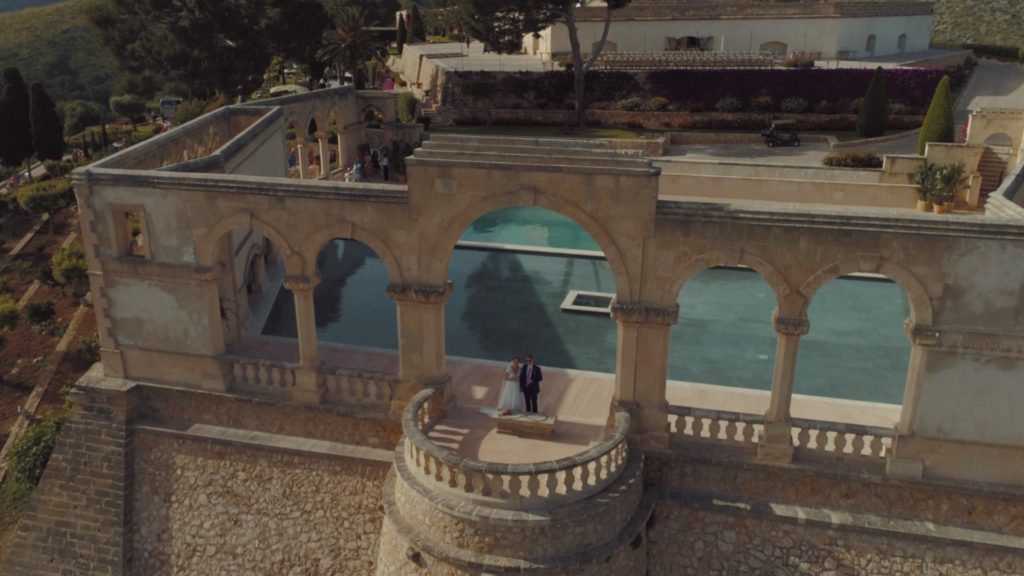 La Fortaleza, a 17th Century fortress situated on the headland at Puerto Pollensa in the north of Mallorca, is a wedding venue made for amazing celebrations.

And that’s exactly what Anabelle and Edward – or, Belle and Ed – enjoyed with their family and friends in June.

The gorgeous couple had actually secretly got married in London the year before with just their family there but this was an intimate wedding weekend to remember for all their friends.

Friday night – known as the ‘white night’ – saw lots of drinks in Pollensa, Saturday was the wedding ceremony (with Belle’s sister officiating) followed by a party that lasted until dawn, and Sunday saw fun and frolics in a colourful pool party.

It was an amazing weekend for the couple, who met in the first year of university – they we were in next door rooms and best friends that year – but didn’t get actually get together for another eight years.

The proposal took some time too – Ed’s first attempt by the river in Hampshire – was interuppted by family photos, so he made an excuse later to return. He jumped in and started fishing around for a ‘lost bracelet’ before pulling out a ring and somehow asked Belle to ask him to get married – luckily it was a pair of yeses all round!

Belle and Ed chose La Fortaleza as it was the place they finally decided to make a go of it in 2012 – plus it’s bloody beautiful, of course!

We were delighted to be chosen to tell the story of their day.

As a destination wedding videographer I love filming weddings over a weekend and capturing all the fun and celebrations. Check out my Wedding Destination Page for further details.